History of The Charlotte School of Ballet

The Charlotte School of Ballet was founded in 1968 by Gay Porter and was the first classical studio in Charlotte, NC. The studio has provided a successful pre-professional training program that has prepared many dancers for careers in the most elite ballet companies. Including New York City Ballet, American Ballet Theatre and San Francisco Ballet. Students from the school have received scholarships to study with David Howard, Luigi, UNCSA, USC, Harvard Dance to name a few. The Charlotte School of Ballet also has trained dancers for contemporary companies such as Hubbard Street Dance Chicago, Alvin Ailey, Alonzo Kings Lines Contemporary Ballet Company and careers on Broadway and in Television. Many of our dancers have also been accepted into prestigious summer programs throughout the United States. The Charlotte School of Ballet’s training creates strong dancers with clean technique that is adaptable to any style of dance. Students are encouraged to study not only ballet, but modern, jazz, tap and hip hop, in order to meet the demands required of dancers today. 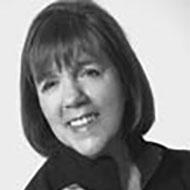 Gay was trained in London, England at the Arts Educational School. Her classmates included Ben Stevenson, former Artistic Director of the Houston Ballet and David Howard known as “Teacher of the Stars” in New York and London. After an extensive career in England, Spain, France and Germany Gay came to the United States where she danced in California before coming to North Carolina. As a choreographer Gay has worked with the Charlotte Symphony, the Charlotte Opera, the Singing Christmas Tree, Central Piedmont Opera and Theatre, Actors Theatre and the Charlotte Youth Ballet. Gay is a full teaching member of the Royal Academy of Dance, London, England and holds the Advanced Teachers Certificate of the Cecchetti Council of America. North Carolina School of the Arts honored Gay as: “Teacher of the Year” in 1994. Gay is the founder and Artistic Director of the Charlotte Youth Ballet. It is the premier performing company for young dancers in the area. Gay has directed and choreographed full length productions of Sleeping Beauty, Cinderella, Nutcracker and Coppelia for the company. She has also created original ballets such as The Wizard of Oz, Alice in Wonderland, Thumbelina, and Pinocchio which she had also set on companies throughout the United States. 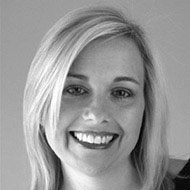 As a child Bridget was selected to dance with New York city Ballet and Baryshnikov for the Washington Season. During this time she was invited to perform at the White House for President Carter. She has danced with Louisville Ballet, North Carolina Dance Theatre and Ocala Ballet. She toured the United States performing industrial shows and spent many summers performing in summer stock including roles such as Jeannie in Brigadoon, and Dream Laurie in Oklahoma. She also appeared on All My Children and Guiding Light while living in New York. Bridget has choreographed many short works, ballets and musicals including South Pacific, The King and I, Once Upon a Mattress, Barnum and Big River. She also choreographed and directed The Nutcracker for Pueblo Ballet. Bridget holds the Teaching Certificate of the Royal Academy of Dance, London, England and is a Licentiate of the Cecchetti Council of America. She is the Ballet Mistress for the Charlotte Youth Ballet, and the Chair of the Cecchetti Council of America, Southeast Committee. 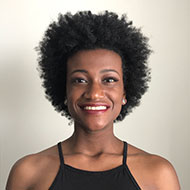 Originally from Myrtle Beach, South Carolina, Kristin has been dancing for almost 20 years. Her passion for dance, helped her earn her bachelor’s degree at Winthrop University. Kristin has danced and choreographed for numerous showcases including the American College Dance Association, Charlotte Dance Festival, and the ArchCore 40 summer intensive program. After Winthrop University, Kristin moved back to Myrtle Beach, and started dancing at The Carolina Opry theater. Since performing a variety of shows at the theater, Kristin moved to Charlotte looking for more experience in the world of dance. Now, she’s pursuing an education degree to further her teaching ability. 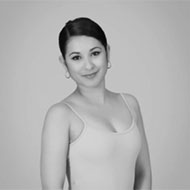 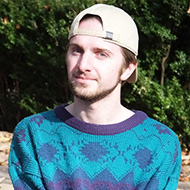 Phillip McRorie is a graduate of the Dance Studies program at Appalachian State University where he studied modern, ballet, and other dance styles. After graduation, he peformed and choreographed with Verge Dance Collective, the Asheville Ballet, and Caroline Calouche and Co. He has also taught with and choreographed for a variety of organizations throughout North Carolina and is excited to continue working with the Belmont School of Ballet and Charlotte School of Ballet.